Thanks to perfect weather conditions an unspoiled and equal shooting was executed on 25th of August 2017.

In cooperation with the Austrian Armed Forces KAHLES organized a thrilling and interesting long range shooting event which left a mark among all international shooters.

Thanks to perfect weather conditions an unspoiled and equal shooting was executed on 25th of August 2017. During different morning and afternoon shootings 4 fix targets and 2 dynamic targets in different distances from 500-1000m were shot. An additional team scoring made the event even more exciting. Randomly every participant got a partner. Together they shot, spotted and fought to win the team scoring.

Especially the morning shooting has been particularly challenging for all shooters due to no information about the distances in advance. During the official morning briefing on site shooters got all relevant information about the shooting procedure. On schedule the start signal rang out at 9:30 am. Very enthusiastic and under time pressure the first three shooters started to place their hits.

The morning shooting ended without any relevant incidents and exactly on time. Afterwards the lunch break was used to enjoy refreshments and the KAHLES judges announced the intermediate results.

Subsequently the afternoon shooting with the long distances started. Due to changing weather and wind conditions, the inter valuation was once more strongly mixed in the afternoon. Shooters who were able to estimate the wind strength best, had the decisive advantage that led to important points.

The Polish-Slovakian Team consisting out of Mariusz K. and Ivo Z. (both .338 Lapua Magnum) finally took home the team victory with special prizes, medals and a big standing ovation of all colleagues.

Next to the different event stages all shooters had the possibility of shooting a distance of 1200 m with the brand new KAHLES K624i 6-24x56i and state-of-the-art army scoring system. While feeling time-pressure at the competition stages, shooters enjoyed every second without at this stage – for some it was the first time ever in their life on such a long distance.

At this point the very well and precise cooperation with the team of the Austrian armed forces, guided by Brigadier Michael Janisch, needs to be mentioned. Thanks to an innovative timekeeping and evaluation system, a trouble-free coordination of all Austrian Armed Forces team members and ensuring security on site, the KAHLES Long Range Shooting Day 2017 became a huge success for shooters as well as the whole organizing team.

Although most of the 24 shooters had long journey from all over Europe to reach Felixdorf requests about next year’s competition already reached the KAHLES headquarter. This great feedback gives us the confirmation that this event was a great success!

In the meanwhile, the organizing team already started with the preparations for next year’s KAHLES Long Range Competition Day 2018. As soon as dates are set information will be published here. So please stay tuned for future information here and also on our social media channels. 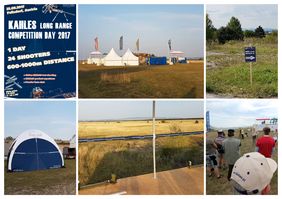 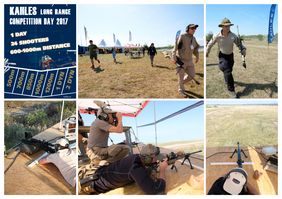 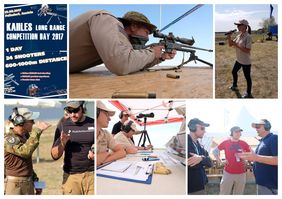 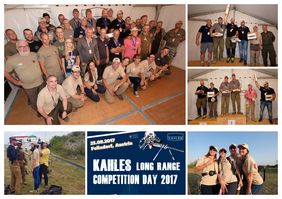